Hey there fellow bloggers thanks for coming back. I'm sorry I've been so inactive lately, I don't have an excuse i'm just lazy and haven't felt like writing anything for a while.  Since my "when life gives you lemons" post the feed back and comments have all been amazing and I'm putting that down to the content being a little better than my normal posts so I'm doing my best to up my standard off writing to make it a bit more enjoyable (Hopefully, I'm going to try and that's all I can do) 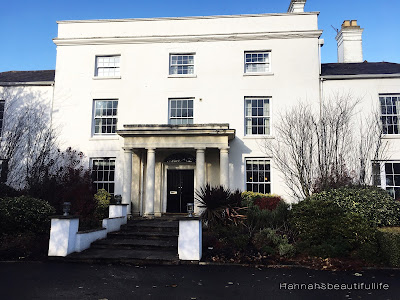 Before I talk about the spa I'll give you a little background info on the hotel its self. Fishmore Hall Hotel is a privately owned  boutique hotel and family run business. Located in the Shropshire country side in the small town of Ludlow. ( My hometown)  It is a beautifully restored Georgian House and still has its original door ways inside and a few other original features throughout the hotel. It has 15 luxury bedrooms all with a stunning en suit.  For a few years now Fishmore Hall has been a much loved wedding venue and when you visit you will know why.  But Before the this building was a hotel it had been many other things. It was mostly built in the 1820 but other areas may have been older it's not known for certain (but i'm sure if you were willing to dig around for hours you would probably find out)  It was originally a manor home until the 2nd WW when it then became a school for all children evacuating from the south. The headmaster fell in love with area when the war was over and decided to stay, which was when it then became a manor home once again. Later on in the 1980's it became known as school for "naughty" boys ( While I was working in the hotel I actually served a gentleman who was one of these "naughty" boys, he had some amazing stories to tell that's for sure, he explained to me how layout use to be and how amazed and joyful he was that he was able to come visit it once again.) The building became very run down as it's such a large building, it takes a lot of up keep which just wasn't possible. The school closed down which left the building derelict for many years until it was placed on the market. But after being derelict it had been vandalized further, to the point where slate tiles and lead were missing from the roof which had allowed the weather to get in, causing further damage.  Laura and her family saw past the boarded up windows and damp walls, gave it a lot of TLC and restored it into the stunning building we see today. Fishmore Hall Hotel was first opened in 2007, and it has hell of a story to go with it. *some even say it's haunted, if you believe in all that. I will warn you though things do go bump in the night* 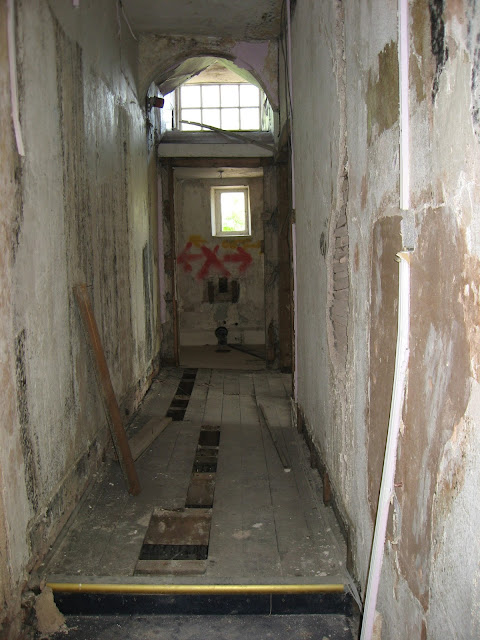 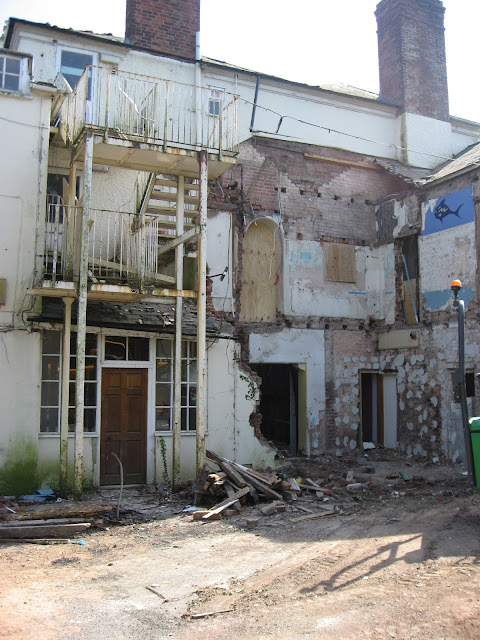 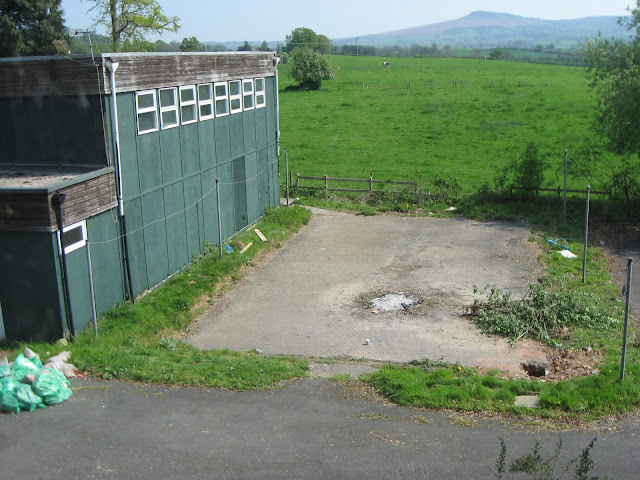 The Forelles Restaurant is stunning and there is a choice of something for everyone with the various menus they have and all ingredients are sourced locally using local farmers markets and butchers.  The A La Carte menu is your fine dinning menu so if your looking for something a little bit more fancy and want try something new then this one is for you. You also have the option for a signature 6 course or 6 course surprise tasting menu if you can't decide what to go for, just have a little of everything. You only live once!  then there's the bar menu for the people who aren't quite as adventurous but still what food that's going to blow your mind. If your ever there in the afternoon I highly recommend that you sample their Afternoon Tea,  you wont be able to walk after wards but your taste buds will be highly satisfied that's for sure!

The hotel has some what of a sentimental value to me as worked here for a little over 3 years and it was my first ever full time job when I left college. I strongly believe that with out this job I wouldn't have the same work ethic that I have today. This job was a difficult job with its long days and nights that lead into the morning. But the best thing about this place is that I met my 2 best friends here and my now boyfriend of 5 years. This place truly gave me a lot more than any other normal job would have given me. This family is my second family and although I left in 2014 I still visit everyone there every now and then as my boyfriend is the General Manager. The staff have changed a lot but they are all still just as lovely as the last.

Now on to the part that you've been waiting for, The Spa!!

All the parts that not many people will get the chance to see. All the behind the scenes efforts that went into the stunning spa that stands before us now. I'm going to show you. I'm not going to talk about how much money went into the construction of the spa as that's not my place so to say. But can tell you about the time and effort that has gone into this wonderful add on to the already outstanding hotel. The process its self has taken less than year to complete, and the building itself went up within a day!!  After its long old drive from Brighton to Ludlow it finally looked like a spa by 6pm. 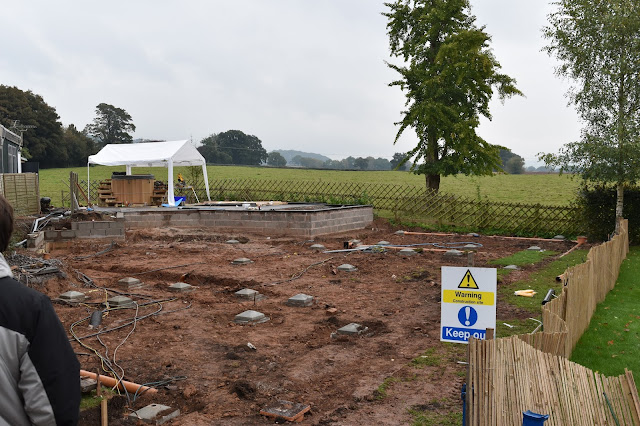 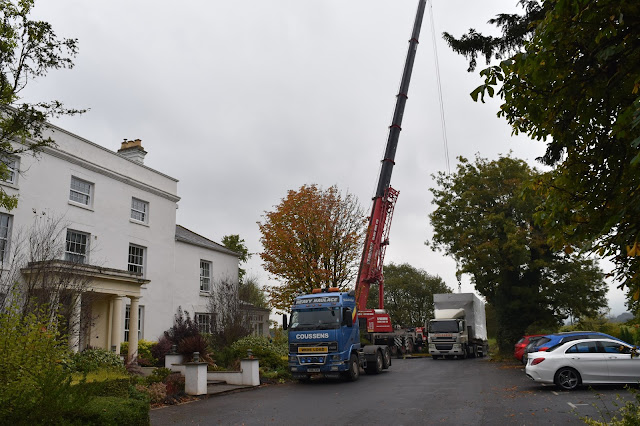 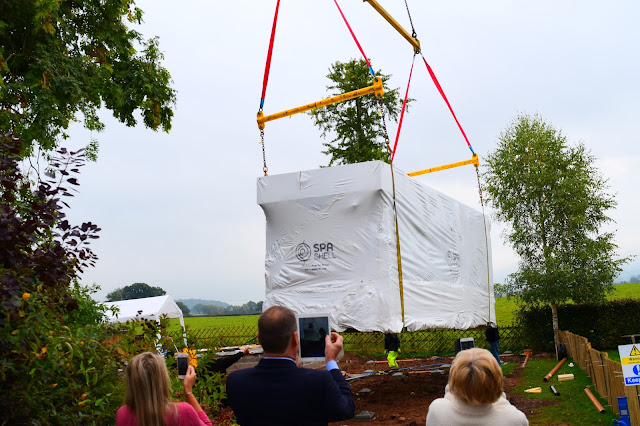 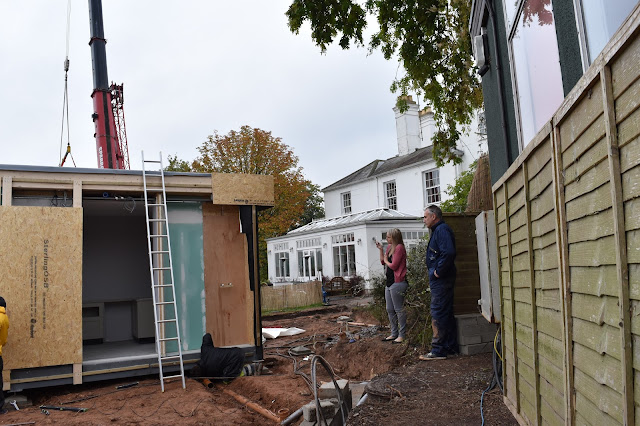 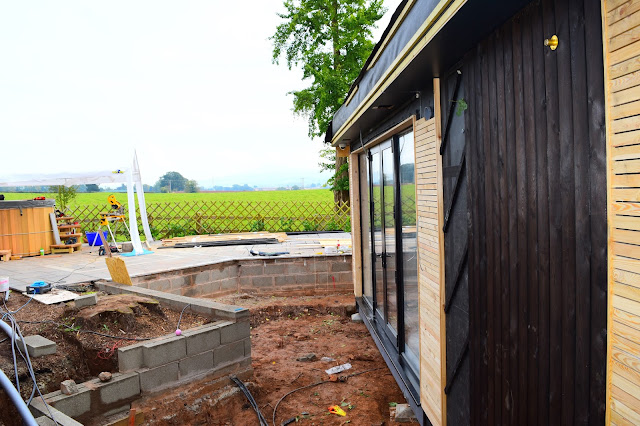 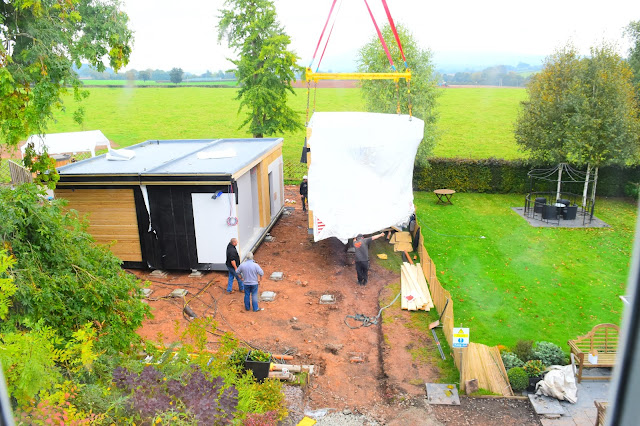 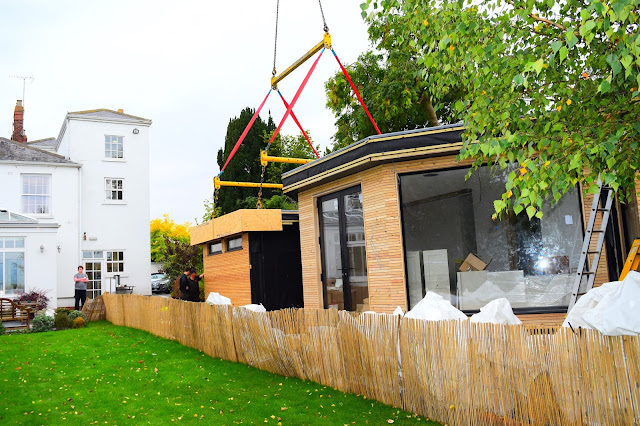 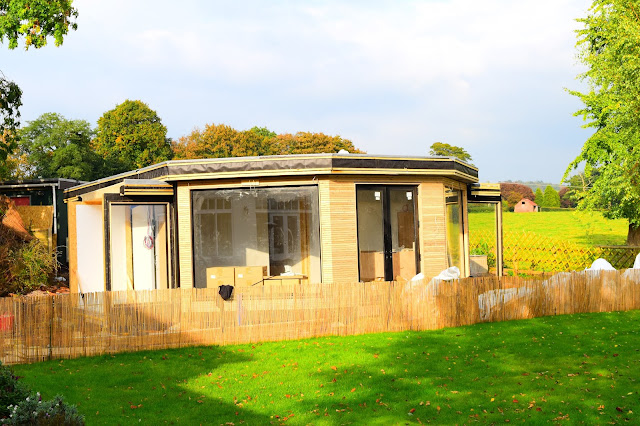 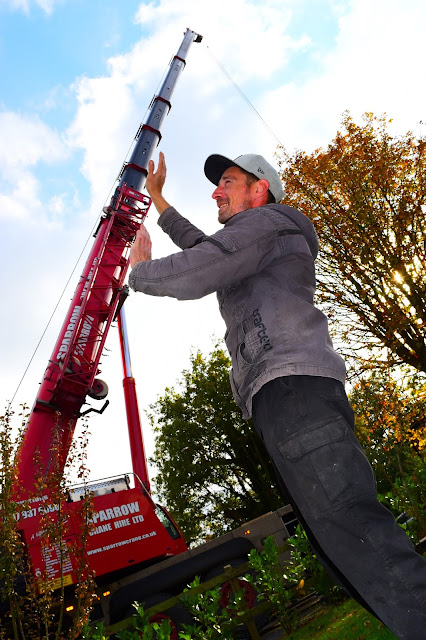 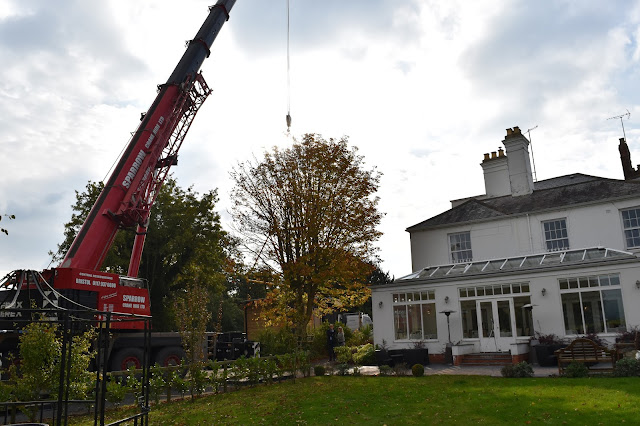 The overall process of  getting a spa in an already existing hotel may seem simple to the outside world, but when you you start to learn the ins and the outs of the whole process you'll soon see that it's not all as simple as it may seem. Both Laura and Martin wanted a simple yet classy add on to the hotel, something that wasn't going to look out of place, something to look warm and inviting. So while at the Indapendant hotel show in London they came across a company called "Spa Creators" which is a company that creates spas in an existing building , but as Fishmore doesn't have the space to build in a spa to the main building they didn't think they would have much luck with this company but as it turned out Alistair Johnson, Director of Spa Creators was looking to start up a whole new business along side Spa Creators called "Spa Shell"  which is as simple as it sounds.. Its a shell for a spa. So for the hotels and businesses that don't have the space for a spa in the main building you can build a outer building to have your dream spa. The spa shell has its own heating, running water systems so it doesn't need to be connected up to the main building. One of the great things about Spa Shell is that it is built away from the hotel which reduces disruption to day to day life of the business.  The first day of work on the spa shell started in August which gave them about 2 1/2 months to get the shell complete and ready to load on to all 7 lorries.


On the 14th October 2016 the shell arrived at the hotel at 9am sharp after its long drive all the way from Brighton, the entire shell pod was in place by 5pm the same day and all lorries gone. although with a few small complaints of "we weren't aware of construction" we heard by staff, everything happened without a hitch. From here on out all that was needed to be done was to connect the water get the heating and electric up and running and put in all the final touches and be ready for the soft opening on the 27th October *no pressure right?* I had never seen so many different contractors all in one place. Painters and decorators, electricians, landscape and decking people, plumbers you name it they were all there frantically working to get everything done and a few of them started working through night towards the end to make sure it was all ready. Now that is dedication to the job, although not all parties were quite as decicated to the cause. The spa was open and ready for business on 1st November 2016!! Woo hoo!!

But before the shell could be dropped into place there was a lot of work that needed to be done on the ground, the area where the spa was intended to go was being over run with trees and their roots which all needed to be removed. Steps needed to be put in place at the back and it all needed to be pathed and ready for the hot tub to be able to take place in its new home. This was all too much work for one man (Andy,the hotels handy man that does everything to keep the hotel in tip top condition) to do, a few members of the staff at the hotel pitched in to help to get it all ready.  With the path in place and the hot tub in, fences in place where needed it was ready for the Spa Shell to land! 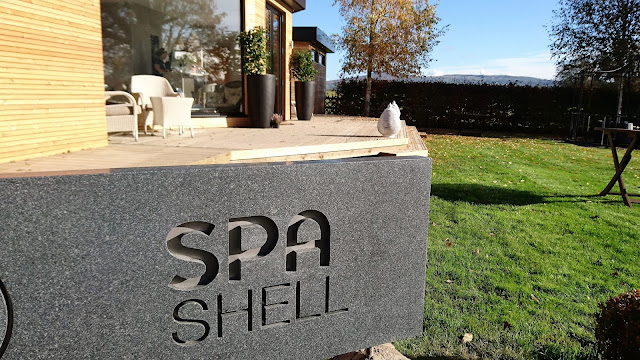 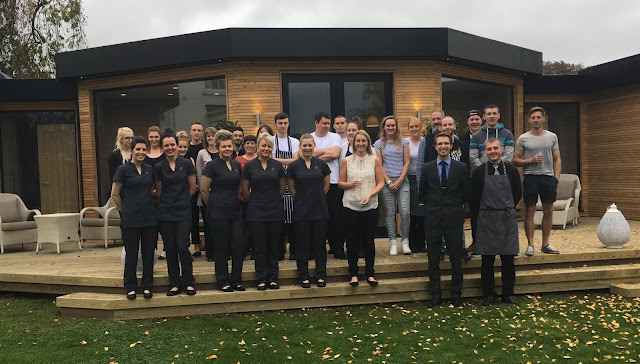 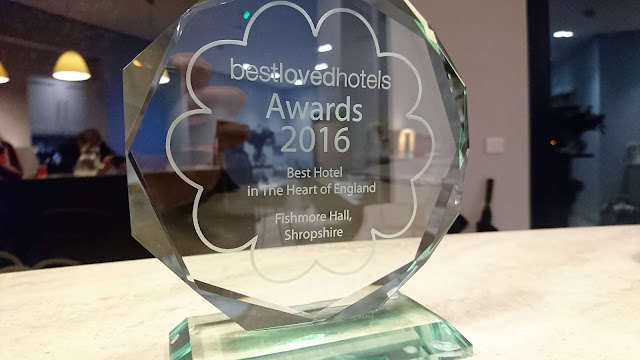 The Spa shell is located in the grounds of the hotel over looking the beautiful Clee Hills. This time of year you'll quite often see them with a dusting of snow making the view even more breath taking. Within the The Spa there are 4 treatment pods 2 of which have a divide that can be opened up for couples massages. All treatments are by Elemis, there are 5 girls that have all been trained up to the high standard of Elemis. They all under went intensive training in Elemis, Jessica nails and Mii makeup for a whole month in Birmingham and at the hotel in preperpation for the opening. The spa manager is Sophie, who is so polite and lovely and was willing to chat with me and figure out what would be best for my skin. But i'll save that for another day. Also within the grounds there is a sauna, steam room, hot tub and a bucket shower. when in the spa you will be provided with a super fluffy towel and robe plus some slippers although they aren't needed to much when your inside as the underfloor heating keeps your toes toasty!

Thanks for reading, see you soon!!

All recent photos of the ground are my own taken by myself or my boyfriend. 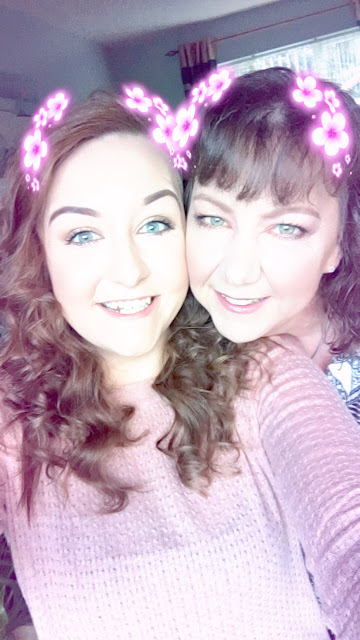 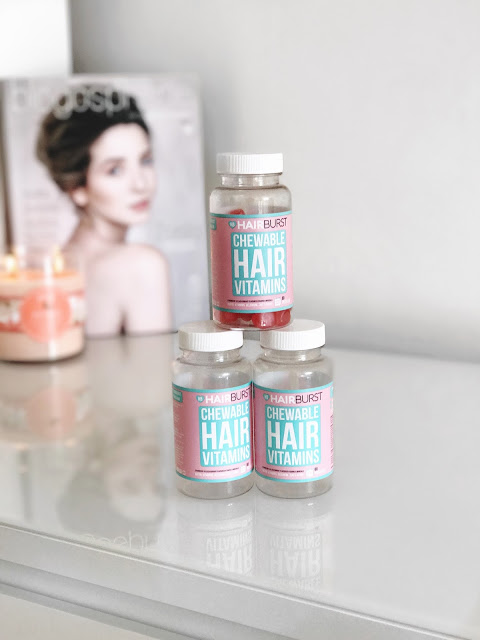 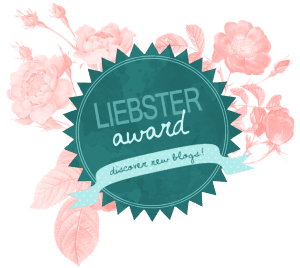